12 Steps to Boost European Citizenship: Shop Til You Drop

Oh, thank God I have Viviane Reding on speed dial: that is on Twitter. She or her team do well on social media since they just thought it might be a good point for everyone to build their EU citizenship in 12 steps.

It’s similar to a social media tutorial rather than a Commissioner’s report. The last report to boost EU citizenship had some 25 steps, guess it did not work or people just got tired half way, so now they split it in two making it more concise.

Today, Viviane Reding announced that the latest EU citizenship report has been adopted forming the centerpiece of the 2013 European Year of Citizens and also taking stock of progress since the first Citizenship Report in 2010. Here are just 6 of the 12 commandments that enable you become a fully-fledged EU citizen:

Removing obstacles for workers, students and trainees in the EU

Protecting the more vulnerable in the EU 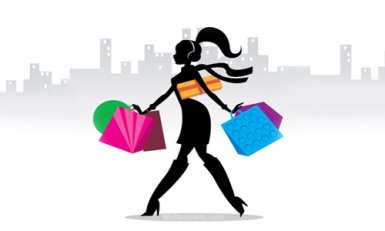 Eliminating barriers to shopping in the EU

Promoting the availability of targeted and accessible information about the EU

I think the shopping commandment was a must have in here particularly around sales periods. If you want your shoes from Milan then you should walk the talk! This one was for the Eurosceptics who thought we cannot get more European than that!

Cristina is a WordPress blogger who regularly writes or shares updates on media, public affairs and various topics of interest. You may follow her on Communication for Development WP blog or Twitter @CristinaPopa0
View all posts by Cristina Popa →
This entry was posted in European Union and tagged 12 steps to boost EU citizenship, Clothes, European citizenship, European Citizenship report 2013, Eurosceptics, Fashion, Shopping, Viviane Reding. Bookmark the permalink.