Hitchhiking For Free In Romania

This would be my weekend post, therefore do not expect a serious story. I heard a funny one today and thought of letting you know the easy way out in hitchhiking for free over here. 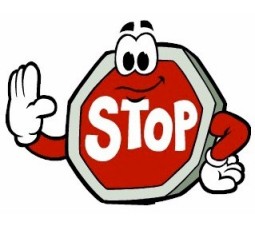 Getting around in rural Romania when you don’t drive, you don’t own a car and you still want to see remote villages can turn into a real adventure or ordeal. Public transports in rural areas are like the sun: now you see it, now you don’t. And this means that rural itineraries can turn out interesting enough if you’re without a car or bus. This also implies that you’re left with hitchhiking. While this is a pretty safe way to get around, it’s not free of charge. Well, it usually isn’t.

But why look at it from the hitchhiker’s perspective only? Let’s see what happens to drivers who happen to accept hitchhikers. There are certainly quite a few stories to be told, but I’ll stick to one.

Romanian hitchhikers range from the usual tourists to the working locals who need to catch a ride to the main city and have nothing else to resort to than this. They range from average teenagers to grandmas and grandpas. Generally, drivers and hitchhikers do not consider it to be a free ride, except really odd situations. You would normally have to pay the same amount you would pay on a bus ride or less.

Now, the story I was so eager to tell. There’s driver A and driver B. Driver A is an average male who lives in a city and spends his weekends in the rural countryside at this parents home. He usually gets back in town Sunday afternoon and if he happens to see regular hitchhikers on the side of the road, he picks them up as they are going in the same direction.

Driver A does not do this for the money in particular, but still he expects the hitchhiker to offer it at the end even if he is going to refuse it politely. During the communist regime, hitchhiking was usually free and money was not requested nor accepted.

Driver B is an average male who lives in the countryside and does pick up hitchhikers for money only. He is a professional driver and that is his only revenue. So, yes, there is no doubt he expects to be paid the amount that you would normally spend on a bus fare to the city. It’s his way of making a living and he probably does it better than public transport.

Now, let us profile the less conventional hitchhiker. He or she (in this case a “she”) is a grandma or grandpa who has to get back in town at the end of the weekend. Not that he or she has anything to do in town, he or she is a retired person living on a below than average pension and certainly has not got money to spend.

So in this case, it’s a female hitchhiker of 50-60 years old that has to get back in the city but in this particular case, she avoids the bus on purpose and goes only for hitchhiking. Why? Because by doing it, she does not need to pay the bus fare. As a hitchhiker, you usually pay at the end of the ride.

Ok, so hypothetically the same hitchhiker has been given a ride by driver A and driver B at different times. In the first case, she tells driver A that she has forgotten her wallet home so while thanking for the ride, she cannot offer anything. Driver A is somewhat intrigued but he was not really expecting money, so he forgets about it. He does promise himself not to take any hitchhiker in the near future.

Second case, the hitchhiker tells driver B that she has indeed forgotten her wallet at home and cannot pay. Let us remember that driver B cannot afford to give free rides and he feels the woman has cheated on him. But still he let’s her go as she promises to pay him the second time they shall meet.

There’s a third ride in which driver B stops in the same village carrying more hitchhikers and the same woman jumps in without paying attention to the driver. In fact, she is so used to hitchhiking for free using the I-forgot-my-wallet-in-my-other-purse that she does not mind who the driver is.

But driver B has recognized her from the beginning. So, while he is heading to the city with his car packed with hitchhikers, he is thinking of a way to make the woman actually pay for this ride and the other. And having more people in the car must help in securing a feeling of shame, at least he hopes so. He thinks that if he waits for the end of the ride, the woman would pull the same excuse again.

So this time, precisely when the woman does recognize the driver and remembers that she owes him this and that other ride, driver B stops by at a gas station in the middle of nowhere and asks her in front of the others if she could afford to pay for the two rides now that they have met again and now that the car needs fuel.

The feeling of shame and intrigue works fine as the woman does find her wallet in her purse and pays for the two rides at once. Fact is that she won’t be using driver A and driver B for a long time now.

There are still plenty of drivers that she’s left with, so next time the I-forgot-my-wallet-in-my-other-purse excuse will certainly work.

Note. I have nothing against hitchhikers. I hitchhiked in Romania or abroad and usually I was requested a certain fee, sometimes much higher than public transportation, but that was the only way to get around. So, it is somewhat funny when you hear stories of people getting around for free on a regular basis until they run out of ideas or drivers…

Cristina is a WordPress blogger who regularly writes or shares updates on media, public affairs and various topics of interest. You may follow her on Communication for Development WP blog or Twitter @CristinaPopa0
View all posts by Cristina Popa →
This entry was posted in Miscellaneous and tagged Hitchhike in Romania, Hitchhiking, Public transport in Romania, Romania, Travel. Bookmark the permalink.

2 Responses to Hitchhiking For Free In Romania