It is probably repetitive to write again about North Korea but as the psychological nuclear conflict unfolds, this gives us food for thought. U.S. Secretary of State John Kerry hopes China will act as key facilitator and use its regional and financial influence to tone down the avalanche of nuclear threats originating from Kim Jong-un’s regime in Pyongyang. 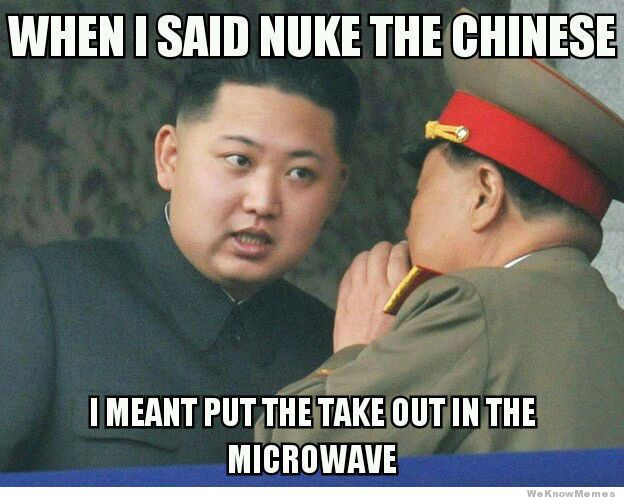 Quick reminder, China holds one of the permanent 5 seats in the United Nations Security Council (UNSC) allowing for veto pover and thus endorsing the country as one of the major decision actors in international affairs. The UNSC is the only body of the UN that may issue resolutions endorsing armed action to avert an act of aggression in a particular situation be it intrastate or interstate.

Unlike the General Assembly’s resolutions, these are binding and immediate. See the UNSC 1973 Resolution on Libya conflict carrying the “responsibility-to-protect” doctrine. Similarly, in case things worsen, the permanent 5 seem to have consensus on North Korea. United States, China and Russia are already three of them directly affected in case a nuclear war begins. Then, France and United Kingdom are rarely known for using the veto. Hence, Kim Jong-un might think again before engaging an international conflict.

Given the fact that negotiations within the UN have not availed to significant progress, John Kerry hopes China will play its influence by curbing its financial flows into North Korea. However, as CNN notes, there has not been a high level meeting between the two countries since last year and the last high profile foreigner to have visited Kim Jong-un was Dennis Rodman, former NBA star.

North Korea: These Shoes Were Meant for Walking

Cristina is a WordPress blogger who regularly writes or shares updates on media, public affairs and various topics of interest. You may follow her on Communication for Development WP blog or Twitter @CristinaPopa0
View all posts by Cristina Popa →
This entry was posted in International Affairs, International Organizations and tagged China, Dennis Rodman, John Kerry, Kim Jon-un, North Korea, Pyongyang, United Nations, US. Bookmark the permalink.