UPDATE. 16 March 2013 – They changed their minds deciding that embalming was not an option given the fact that the mummy-decision was taken too late. This might also fuel rumours indicating that the death of Chavez might have happened earlier than announced. Russians who are after all experts in mummy stunts, advised against embalming either because the body had been lying for too long or because they would not have a Venezuelan Lenin to worship.

Apparently I gave them an idea in my other post Alive from the Grave: Enacting the Stockholm Syndrome with Hugo Chavez, which is great, that actually means that this blog has a wide readership!

Venezuela is set on embalming Hugo Chavez and keep him as Lenin is kept on display forever. Yes, let him do the talking for Venezuela’s leaders when economy shall go down the drain. Putin and Stalin would be proud today! Dictators always warrant new places of worship courting eternity when it is perfectly clear that they are transitory. 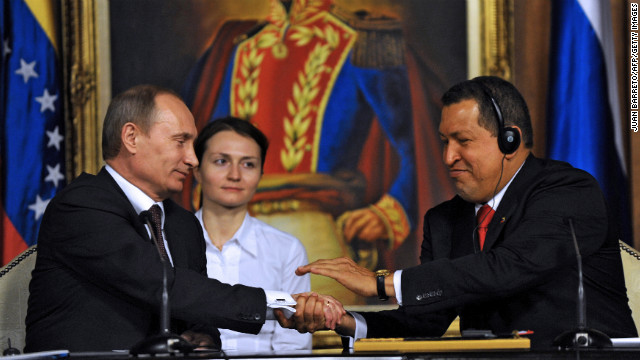 CNN broke the news today quoting Nicolas Maduro, the interim President, ex Vice President that: “The body of our leader will be embalmed, and it will … be surrounded by crystal glass forever, present forever, and always with his people”. Forcing the mass to contemplate you is an act of power, said Victor Hugo. Nicolas Maduro is forcing an act of submission on Venezuela’s present trauma.

In L’Age des foules. Un traité historique de psychologie des masses, Serge Moscovici highlights that mummification is what best suits massses and in its absence, monuments or statues do the trick. As such, mummification denies the death of the beloved or worshipped person.

The mummy also shields successors from the accusation of having killed the dead when it is quite often that they are guilty of such deeds either by undertaking the murder or by not having done enough to protect the dead from dying. Mummification is a way to fight the disappearance of a persona or character and the perfect option to harness his/her resurrection. So, the resurrection of Hugo Chavez might be on its way.

The international press is already goofing around about the fact that the Lenin stunt did not work as the Russians expected because Russia cannot boast Egyptian pyramids, however South America has a few of their own and as such, it can undertake a mummy circuit to close the funeral last-minute offer.

One has to admit that they have come across a good mummy idea to boost their national tourism, at least for the years to come!

Cristina is a WordPress blogger who regularly writes or shares updates on media, public affairs and various topics of interest. You may follow her on Communication for Development WP blog or Twitter @CristinaPopa0
View all posts by Cristina Popa →
This entry was posted in International Affairs and tagged Hugo Chavez, Lenin, Mummy, Russia, Venezuela, Vladimir Putin. Bookmark the permalink.